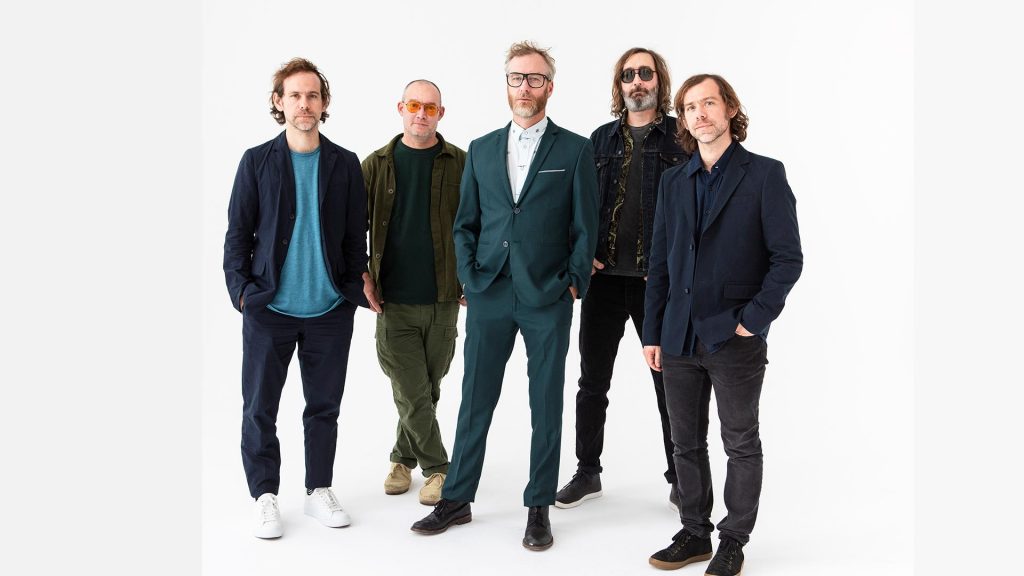 Sirs Matt Berninger, Aaron Dessner, Bryce Dessner, Scott Devendorf and Bryan Devendorf could not be absent from the most fresh festival in town! Even with a slight delay, AthensRocks will have the headliners that has been waiting for a long time, satisfying the Greek fans, who demanded to see the most important indie rock band of the decade on stage, at the greatest moment of their career.

Successfully completing 20 years in the music scene, The National is by far the most important indie rock band, as one can distinguish by their astonishing album releases and their terrific live performances. From their first self-titled album in 2001, up until their last “I Am Easy To Find”, they have managed to accompany their lyrics with music in the most inspiring way, creating the soundtrack for a whole generation.

By uniquely performing their rebellious, artistic, unusual, but at the same time addictive songs, Matt’s charismatic voice became the group’s trademark. Then came the guitars by the Dessner brothers and the strong rhythm section by the Devendorf brothers, a combination that delivered to the audience four of the most respected albums in the last 20 years. “Alligator”, “Boxer”, “High Violet” & “Trouble Will Find Me”, made it really difficult for the fans to decide which one of the band’s releases is their best.

Slow-burning and deafening, melancholic and ecstatic, the band made up a number of great songs. “Mistaken for Strangers”, “I Need My Girl”, “Slow Show”, “Lemonworld”, “Conversation 16”, “Runaway”, “Afraid of Everyone”, “Sea of Love” and the list goes on. After releasing their documentary “Mistaken for Strangers”, which depicts their creative activities through the bluntly emotional and hilarious point of view of Matt Berninger’s brother, the cinematic community could not stop repeating their name.

Their popularity rose dramatically, their sold-out shows multiplied and “Sleep Well Beast” came as a completing action to their efforts, to take them off. After appearing as headliners at the most important festivals, The National is now the “best thing” in the music industry.

Make a note for June 13th, 2021 at OAKA, where AthensRocks will take place, renewing its appointment with The National! We have begun the countdown for a wonderful music summer that we are all waiting for and no one should take away from us!

Keep on AthensRocking!
We are easy to find!
Join our sea of love in summer 2021!